Well it’s a fact that the United States has had 45 presidents but only one king! I love Elvis and had the pleasure of touring Graceland, Memphis TN… who else is an Elvis fan?

On this day Elvis Presley earned his first UK No.1 with ‘All Shook Up’ staying there for 7 weeks. ‘All Shook Up’ was Elvis’s tenth UK single release.

The Rolling Stones made their UK TV debut on this day when they appeared on ‘Thank Your Lucky Stars.’ Also appearing on the show was, Mickie Most, The Cadets, Helen Shapiro and Gordon Mills. The group made a total of 13 appearances on the show between 1963 and 1966.

On this day The Kinks were at No.1 on the UK singles chart with ‘Sunny Afternoon’, the group’s third and last UK No.1. How good is this tune?!

George Harrison recorded his new song ‘Here Comes the Sun’ with just two other Beatles, Paul McCartney and Ringo Starr at Abbey Road in London. While sadly, on this day John Lennon was absent recovering from a car crash in Scotland.

Led Zeppelin played their last-ever concert with drummer John Bonham when they appeared at Eissporthalle, West Berlin at the end of a European tour. The set included: ‘Black Dog’, ‘The Rain Song’, ‘Hot Dog’, ‘All My Love’, ‘Trampled Under Foot’, ‘Since I’ve Been Loving You’, ‘Kashmir’, ‘Stairway To Heaven’ and ‘Rock And Roll’. They finished the show with a 17-minute version of ‘Whole Lotta Love’.

On this day Bruce Springsteen went to No.1 on the US album chart with ‘Born In The USA’. The album went on to spend a total of 139 weeks on the US chart. Its also one of three albums (Michael Jackson’s Thriller and Janet Jackson’s Rhythm Nation 1814) to produce seven Top-ten US singles. 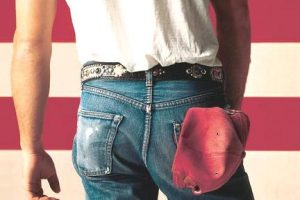 Prince started a five week run at No.1 on the US singles chart with ‘When Doves Cry’, his first US No.1 which went on to sell over 2 million copies, it made No. 4 in the UK. 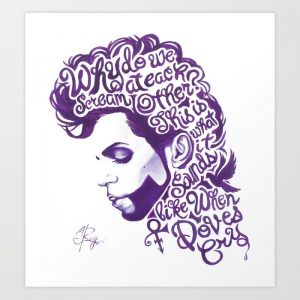