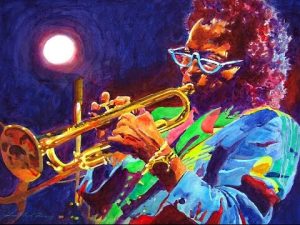 This is my arrangement of the pop song “Human Nature”

It was on Michael Jackson’s massive hit album ” Thriller” and the song was a world wide hit for him.

I had the Miles Davis’s album “You’re Under Arrest” and he did an astonishing version which I really liked. Check out his live performance here

Miles Davis turned it into an instrumental and improvised a great solo over it. I’d heard Michael Jackson’s version a few times but I wasn’t all that familiar with it and later I was to learn the story behind the song which I found quite intriguing.

The Story Behind “Human Nature” – How Did It End Up On “Thriller?”

It was written by Steve Pocaro of the band “Toto”. His young daughter had come home from school one day and complained that a boy had pushed her over so he explained that the boy probably liked her and that may be his way of getting her attention and “that’s human nature”.

At the time, Toto were actually working on the Michael Jackson’s “Thriller” and the producer, Quincy Jones, heard a demo tape of Toto playing the song and approached them about letting Michael Jackson singing it and including it on “Thriller”, he thought it would be a great fit for the album. 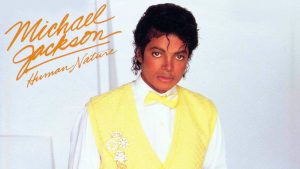 He asked the songwriter and lyricist, John Bettis, to come up with lyrics that would work better for Michael Jackson and the rest is history.

It was originally a Toto song and members of Toto played on the Michael Jackson version.

I really enjoyed putting this arrangement together – I love playing it.

I came up that “funky like” riff so I could play around with some improvisation ideas; largely my improvising is based around the pentatonic scale.

After I vamp on the “funky riff” and explore some blues ideas I hint at the melody before going into the song. When I’ve played the arrangement through I go back to my “funky riff” and do some more improvisation.